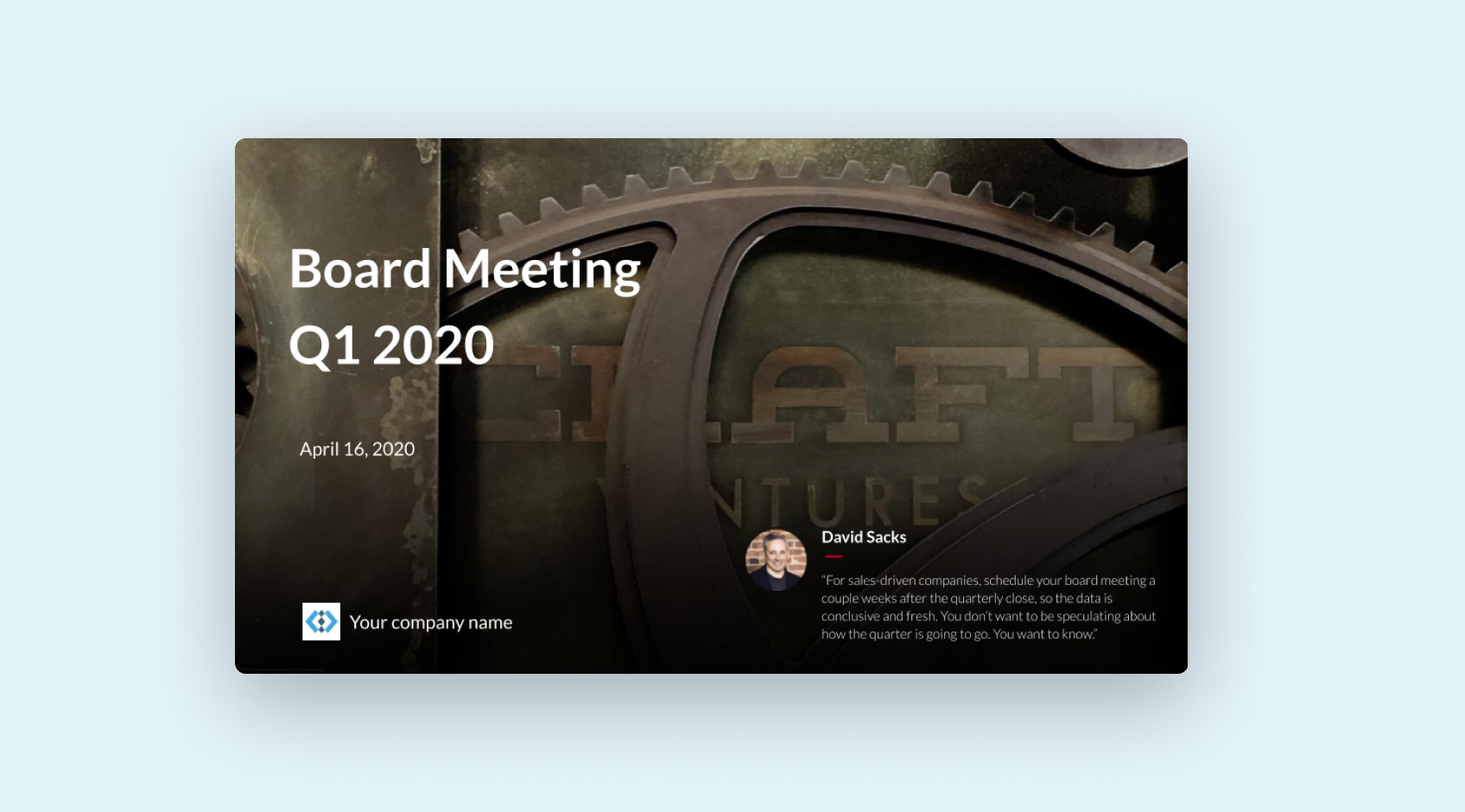 David Sacks is co-founder and general partner at Craft. He has been a successful tech entrepreneur and investor for two decades, building and investing in some of the most iconic companies of the last 20 years.

What is the status of and scale of the business

David Sacks is co-founder and general partner at Craft. He has been a successful tech entrepreneur and investor for two decades, building and investing in some of the most iconic companies of the last 20 years. David has invested in over 20 unicorns, including Affirm, Airbnb, Bird, Eventbrite, Facebook, Houzz, Lyft, Opendoor, Palantir, Postmates, Reddit, Slack, SpaceX, Twitter and Uber.

In 1999, David joined PayPal and became the company’s first product leader and COO during the famed “PayPal Mafia” founding era. David pivoted the product from beaming money on Palm Pilots to emailing money, introduced the business model, and built and ran many of PayPal’s key teams, including product management and design, sales and marketing, business development, international, customer service, fraud operations, and HR functions. When the company IPO’d on the Nasdaq in 2002, David was 29 — the median age of executives listed on the S-1.

After PayPal was acquired by eBay later that year, David created a production company and produced the award-winning independent movie Thank You For Smoking. The film was nominated for two Golden Globes for Best Picture and Best Actor in the Comedy/Musical category, won Best Screenplay at the Independent Spirit Awards, and won Audience Awards at the Munich and Norwegian Film Festivals.

In 2006, David founded Geni.com, a family social network and genealogy website. To create more visibility into what was going on across the company, the Geni team created an internal collaboration tool to help employees share information. In 2008, this tool was spun out into a new company called Yammer, the first enterprise social network. Yammer’s viral approach made it one of the fastest-growing SaaS companies in history, exceeding eight million enterprise users in just four years. As Founder/CEO of Yammer, David grew the company to roughly $60 million in sales, tripling year over year, and 450 employees. In July 2012, Microsoft acquired Yammer for $1.2 billion.

In December 2014, Sacks made a major investment in Zenefits and became the company’s COO. A year later, in the midst of a regulatory crisis, the Board asked David to step in as interim CEO of Zenefits. During his one year tenure, David negotiated resolutions with insurance regulators across the country, and revamped Zenefits’ product line. By the time he left, regulators had praised David for “righting the ship”, and PC Magazine hailed the new product as the best small business HR system.

David is well known in Silicon Valley for his product acumen. AngelList’s Naval Ravikant has called David “the world’s best product strategist.” David likes to begin any meeting with a new startup by seeing a product demo.

Ironically, the better the startup is doing, the more chaos there is. This is one of the few startup problems that growth doesn’t solve — in fact, it’s caused by growth.